This time, inspiration came in the form of new stock images shot in Sicily. I saw that big entrance with its intricate features and knew I wanted to make it the star of a manip. It was complete coincidence that the flowers were also shot in the same city, Trapani. But I think those two items work well together.

Since I did not want to take away from the gate itself and the scene, but still wanted to provide a size reference, I added the model on the steps, sleeping. Only after that I started to wonder what should be behind the door. At first it was open, but I couldn’t find anything that would fit and especially nothing that didn’t distract from the top part too much. Also, it looked super off for the girl to be sleeping in front of an open door with a calm scene (let alone her sleeping before it if the scene would be threatening). So I decided the door was just opening and she had laid down before to wait. Now it’s in everyone’s own imagination what might be behind that door and if it’s a good or a bad thing – which lends some suspense and whih I like way more than giving all the answers 😉

This site uses Akismet to reduce spam. Learn how your comment data is processed.

No clue what a photomanip is? Or you do, but would like to learn more, maybe even try it yourself?  Search no more! Photomanips for Beginners is the blog series you need! 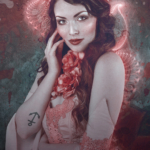 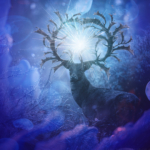 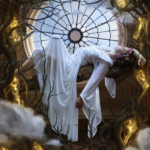 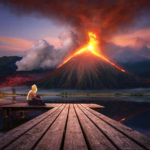 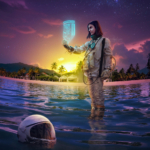 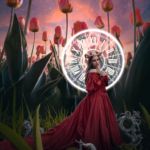 Couldn’t find what you were looking for? Try a search!